Back to Articles | « Previous | Next »
Home » Where is climate change being felt most acutely?

Where is climate change being felt most acutely? 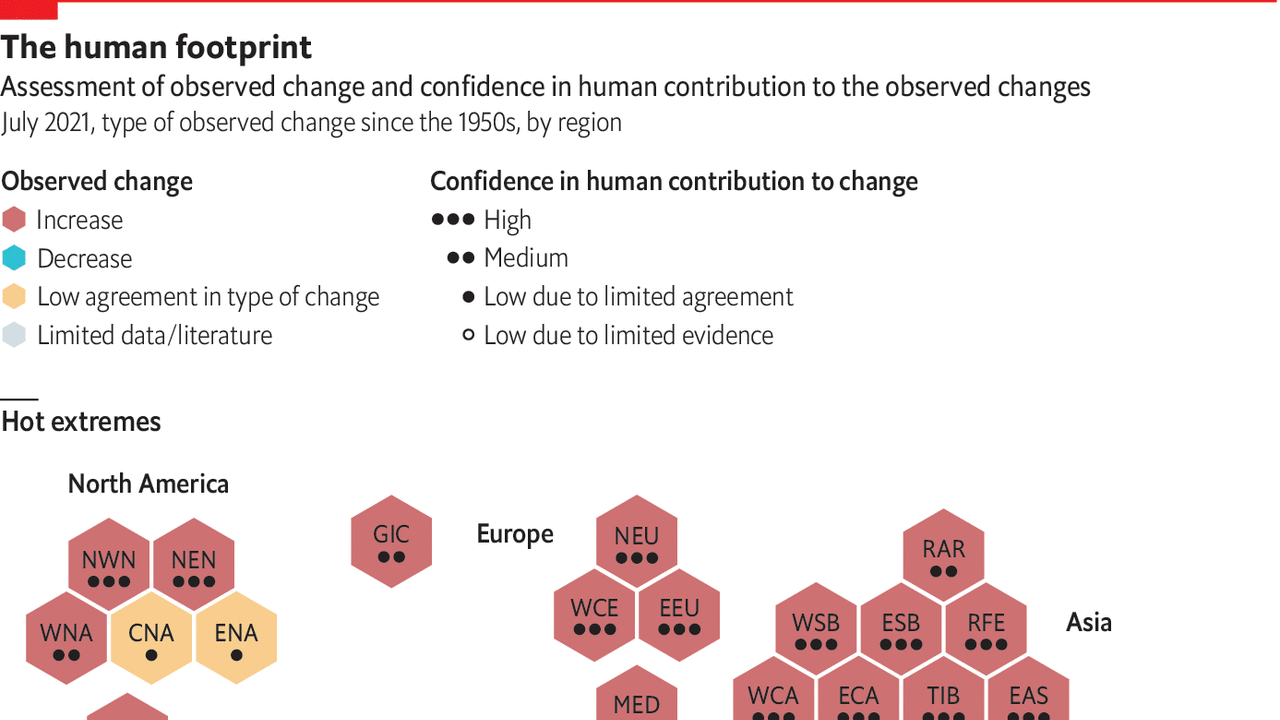 Where is climate change being felt most acutely?

The IPCC report concludes for the first time that humans are unequivocally responsible for global warming, and shows where the impact is greatest

Climate catastrophes have come thick and fast in recent months. In June an unprecedented heatwave blasted the Pacific northwest, creating the conditions for devastating wildfires. In July extreme floods in central China killed more than 30 people. In August deadly fires have been blazing across Turkey and Greece. Against this backdrop the Intergovernmental Panel on Climate Change (IPCC)—the UN-backed body that assesses scientific opinion on the issue—released its latest report on Monday. Published eight years after its predecessor, it is the most comprehensive recent examination of the physical science on climate change.

One of the most remarkable things about the report is the volume of concrete evidence. When the IPCC compiled its last big report in 2013, it referred to just three studies linking extreme weather events to rising temperatures. For the latest report the experts were able to assess hundreds of such event-attribution studies. The expansion of observational information in the past eight years almost amounts to a new scientific discipline, and allows empirical evidence to be incorporated into research alongside theories and models. This strengthens the understanding of the fundamental processes, and thus should improve predictions made for the years ahead.

Copyrights of the Climate News articles belong to the respective Media Channels.
This Climate News portal is non-profit and politically non-dependent forwarding readers to The Current Global Climate News